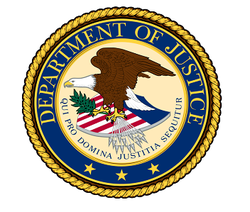 PROSTITUTION OF CHILDREN
Select any of the links below to redirect to the desired section.
18 U.S.C. § 1591.      Sex trafficking of children or by force, fraud, or coercion

18 U.S.C. § 2423.    Transportation of Minors
​
18 U.S.C. § 2425.    Use of interstate facilities to transmit information about a minor
The prostitution of children is prohibited by 18 U.S.C. § 1591. This statute makes it a federal offense to knowingly recruit, entice, harbor, transport, provide, obtain, or maintain a minor (defined as someone under 18 years of age) knowing or in reckless disregard of the fact that the victim is a minor and would be caused to engage in a commercial sex act. “Commercial sex act” is defined very broadly to include “any sex act, on account of which anything of value is given to or received by any person.” In other words, it is illegal both to offer and to obtain a child, and cause that child to engage in any kind of sexual activity in exchange for anything of value, whether it be money, goods, personal benefit, in-kind favors, or some other kind of benefit. Section 1591 also makes it a crime for individuals to participate in a business venture that obtains minors and causes them to engage in commercial sex acts.
Section 1591 is called “Sex trafficking of children or by force, fraud, or coercion.” Most people think of “trafficking” as involving movement across state or international borders. However, Section 1591 does not require proof that either the defendant or victim crossed state or international lines.
When the victim is a minor, Section 1591 does not require proof that the defendant used force, threats of force, fraud, or coercion, or any combination of those means, to cause the minor to engage in a commercial sex act.
Section 1591 applies equally to American children (U.S. citizens or residents) who are prostituted within the United States, as well as foreign nationals (persons not a U.S. citizen or resident) who are brought into the United States and are then caused to engage in prostitution. The law also criminalizes any person who conspires or attempts to commit this crime.
If the victim was under the age of 14 or if force, fraud, or coercion were used, the penalty is not less than 15 years in prison up to life. If the victim was aged 14-17, the penalty shall not be less than 10 years in prison up to life. Anyone who obstructs or attempts to obstruct the enforcement of this statute faces as many as 20 years imprisonment. Defendants who are convicted under this statute are also required to pay restitution to their victims for any losses they caused.
In addition, 18 U.S.C. §§ 2421 – 2423 criminalize a variety of activities pertaining to the prostitution of children. For example, Section 2421 and 2423(a) make it a crime to transport an individual or a minor across state lines for the purpose of prostitution or any other illegal sexual activity. Unlike 18 U.S.C. § 1591, both of those statutes do require proof that the victim crossed a state line. If a minor is transported across state lines in violation of Section 2423(a), the penalty is not less than 10 years in prison, up to life.
Section 2422(b) makes it a crime to use the U.S. Mail or certain technology, such as the Internet or the telephone (whether mobile or a land line), to persuade, induce, entice, or coerce a minor to engage in prostitution or any other illegal sexual activity. For example, it is a federal crime for an adult to use the mail, a chat room, email, or text messages to persuade a child to meet him or her to engage that child in prostitution or other illegal sexual activity. Under this statute, it is not necessary to prove that either the defendant or the victim crossed state lines. The penalty for this offense is not less than ten years in prison, up to life. Finally, 18 U.S.C § 2425 makes it illegal for any person to use the mail, telephones, or the Internet, to knowingly transmit the name, address, telephone number, social security number, or email address of a child under the age of 16 with intent to entice, encourage, offer, or solicit any person to engage in criminal sexual activity. This offense is punishable by up to five years in prison.
​