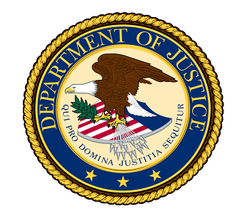 CHILD PORNOGRAPHY
Select any of the links below to redirect to the desired section.
18 U.S.C. § 2251.     Sexual Exploitation of Children (Production of Child Pornography)

​18 U.S.C. § 2256.     Definitions for chapter
​
​18 U.S.C. § 2260.     Production of Sexually Explicit Depictions of a Minor for Importation into the United States
Images of child pornography are not protected under First Amendment rights, and are illegal contraband under federal law. Section 2256 of Title 18, United States Code, defines child pornography as any visual depiction of sexually explicit conduct involving a minor (someone under 18 years of age).  Visual depictions include photographs, videos, digital or computer generated images indistinguishable from an actual minor, and images created, adapted, or modified, but appear to depict an identifiable, actual minor.  Undeveloped film, undeveloped videotape, and electronically stored data that can be converted into a visual image of child pornography are also deemed illegal visual depictions under federal law.
Notably, the legal definition of sexually explicit conduct does not require that an image depict a child engaging in sexual activity.  A picture of a naked child may constitute illegal child pornography if it is sufficiently sexually suggestive.  Additionally, the age of consent for sexual activity in a given state is irrelevant; any depiction of a minor under 18 years of age engaging in sexually explicit conduct is illegal.
Federal law prohibits the production, distribution, reception, and possession of an image of child pornography using or affecting any means or facility of interstate or foreign commerce (See 18 U.S.C. § 2251; 18 U.S.C. § 2252; 18 U.S.C. § 2252A).  Specifically, Section 2251 makes it illegal to persuade, induce, entice, or coerce a minor to engage in sexually explicit conduct for purposes of producing visual depictions of that conduct.  Any individual who attempts or conspires to commit a child pornography offense is also subject to prosecution under federal law.
Federal jurisdiction is implicated if the child pornography offense occurred in interstate or foreign commerce.  This includes, for example, using the U.S. Mails or common carriers to transport child pornography across state or international borders.  Additionally, federal jurisdiction almost always applies when the Internet is used to commit a child pornography violation. Even if the child pornography image itself did not traveled across state or international borders, federal law may be implicated if the materials, such as the computer used to download the image or the CD Rom used to store the image, originated or previously traveled in interstate or foreign commerce.
In addition, Section 2251A of Title 18, United States Code, specifically prohibits any parent, legal guardian or other person in custody or control of a minor under the age of 18, to buy, sell, or transfer custody of that minor for purposes of producing child pornography.
Lastly, Section 2260 of Title 18, United States Code, prohibits any persons outside of the United States to knowingly produce, receive, transport, ship, or distribute child pornography with intent to import or transmit the visual depiction into the United States.
Any violation of federal child pornography law is a serious crime, and convicted offenders face severe statutory penalties.  For example, a first time offender convicted of producing child pornography under 18 U.S.C. § 2251, face fines and a statutory minimum of 15 years to 30 years maximum in prison.  A first time offender convicted of transporting child pornography in interstate or foreign commerce under 18 U.S.C. § 2252, faces fines and a statutory minimum of 5 years to 20 years maximum in prison.  Convicted offenders may face harsher penalties if the offender has prior convictions or if the child pornography offense occurred in aggravated situations defined as (i) the images are violent, sadistic, or masochistic in nature, (ii) the minor was sexually abused, or (iii) the offender has prior convictions for child sexual exploitation.  In these circumstances, a convicted offender may face up to life imprisonment.
It is important to note that an offender can be prosecuted under state child pornography laws in addition to, or instead of, federal law.
​